Sustained mouth opening and hyperextension injuries are the most common intrinsic injuries of the temporomandibular joint (TMJ).

According to the National Academies of Sciences, Engineering, and Medicine (NASEM), Temporomandibular Disorders: Priorities for Research and Care March 12, 2020 article, “Temporomandibular disorders (TMDs), are a set of more than 30 health disorders associated with both the temporomandibular joints and the muscles and tissues of the jaw”.

Author Enriqueta Bond also states that the current understanding of TMD pathogenesis suggests that there may be a narrow therapeutic window where prompt treatment of intrinsic TMJ injuries can halt the progression to a chronic pain disorder. Patients with TMDs require high-intensity medical care, with expenditures that are 60% greater than baseline primary care patients.

Furthermore, some people with TMDs suffer a lifetime of pain and disability. For these reasons, preventing the transition from an acute intrinsic jaw-related injury to a chronic TMD should be a clinical priority.

This paper outlines the pathophysiology of intrinsic TMJ injuries and how this leads to chronic TMD development. Clinical manifestations of intrinsic jaw-related injuries are considered and guidelines regarding patient screening and education are discussed. Finally, a multimodal treatment plan that can be used to help prevent TMD development is outlined.

Articular cartilage: In a model developed by Fujisawa and colleagues (2013) [2], rabbits were administered general anesthesia and then subjected to repetitive, steady mouth opening. The results showed reactive changes to the cartilage chondrocytes, consistent with arthritis-like changes. Eiji Tanaka used a similar model and found that vascular endothelial growth factor (VEGF) was expressed in the articular cartilage, a finding usually seen only in osteoarthritic joints [3].

Muscles of mastication: To show that prolonged mouth opening affects the muscles of mastication, Wang GYF [4] used a bite block in a rat model and found evidence of mechanical allodynia and TMJ dysfunction. On histologic examination, atrophy and macrophage infiltration were found in the masseter muscle. Hawkins and Durham (2016) [5] developed an animal model that closely resembles the mechanical stress induced during routine dental procedures. In this rat model, near maximal opening was sustained by retractors for only 20 minutes under anesthesia. After the procedure, there was sensitivity around the masseter muscle as recorded by defensive responses to cutaneous stimulus (i.e. nocifensive responses).

Trigeminal Nerve: In the study [4] referenced above, inflammation of the trigeminal nerve and microglia activation in the trigeminal subnucleus caudalis was documented after prolonged mouth opening. Similar findings were found in the Hawkins and Durham (2016) study, where the upper spinal cord and trigeminal nucleus showed increased expression of proinflammatory cytokines, a sign of peripheral sensitization in trigeminal afferents.

There is limited information as to why the simple act of yawning might be responsible for TMD development. One explanation is that mechanoreceptor density in the TMJ is greatest in locations that correspond to extreme movement, such as maximal opening. Wide yawning likely triggers a large mechanoreceptor discharge, leading to a cascade of afferent nerve impulses in the surrounding tissues. This response may cause peripheral sensitization (explained below) and trigger a guarding reflex in the TMJ complex. This pathophysiology is typical of Jaw and Muscle Sprain/Strain (JAMSS) injuries, where the tissue injury is followed by sensitization and guarding.

How does sustained jaw hyperextension trigger a chronic pain disorder?

The most widely accepted model of chronic TMD development, and of chronic pain disorders in general, is that pain is perpetuated by neural sensitization. Sensitization is where the stimulus intensity required to trigger a neural signal is decreased. In this case, a peripheral insult from sustained mouth opening or jaw hyperextension leads to a hyperexcitable state in the brain, the neuropathological hallmark of a chronic pain disorder. This can trigger TMD-related headaches.

Peripheral sensitization occurs in the peripheral afferent nociceptors. After an initial noxious stimulus triggers a jaw pain response, the response threshold of these neurons will be lowered. This creates an increased reactivity to noxious stimulus, a state called “hyperalgesic priming” that can last several weeks. Hyperalgesic priming appears to be mediated by pro-inflammatory cytokines such as prostaglandins [6].

Another step in chronic TMD pathogenesis is the generation of reflex guarding in the muscles of mastication. While this begins as a protective response, it soon becomes a contributing factor in the pathologic process of chronic pain development. Tonic activation of masticatory muscles leads to pro-inflammatory cytokine release, tissue deoxygenation, and fatigue, all of which serve to amplify peripheral sensitization.

Peripheral sensitization ultimately leads to central sensitization, the central nervous system response to persistent peripheral afferent signaling. It involves increased expression of pro-inflammatory cytokines, morphological changes in microglial and other supporting cells, and synaptic changes in the brain and spinal cord. The result of these changes is a hyperexcitable state in the central nervous system that results in the hallmark chronic pain symptoms allodynia, hyperalgesia, and secondary hyperalgesia.

Preclinical and clinical data indicate that these changes occur in the first 4 weeks after acute injury [7], suggesting that there is a narrow therapeutic window to prevent central sensitization and chronic pain development.

Finally, psychological factors contribute to the transition from intrinsic TMJ injury to chronic disorders. The mechanism appears to be through neuroplastic changes in the amygdala, the site of affective states such as depression and anxiety (both of which are known risk factors for TMD development). Preclinical data has confirmed that central sensitization occurs in the so-called “nociceptive amygdala,” illustrating that negative emotional states and the distortion of nociceptive sensory information in allodynia/hyperalgesia are intercorrelated [8].

Sustained mouth opening occurs frequently during oral surgeries and dental procedures. This represents a risk for intrinsic TMJ injury and subsequent TMD development. Importantly, a significant number of patients who suffer from TMDs identify the specific cause of their symptoms to be dental work. Such patients exhibit greater disability than control TMD cases [9].

Further evidence that dental procedures predispose to intrinsic injuries is documented in a study that found a statistically significant number of patients who had prolonged root canals developed persistent TMD pain in the month after the procedure [10]. Another example concerns whiplash-related jaw injuries and third molar extractions, which are well-documented risk factors for TMD development. A recent metanalysis showed that the odds ratio of jaw-related disorders after third molar extraction is 1.8 to 2.2, with a relative risk of 2.1 [11].

Somewhat surprisingly, trauma from yawning is a common cause of TMD development. In one study of 232 subjects with TMD secondary jaw injury, 16% were due to injuries sustained from yawning [1].

The difficulty with clinically assessing patients with intrinsic jaw joint injuries is that there is rarely an opportunity for assessment until chronic TMD symptoms are already well-established. However, because prolonged mouth opening or jaw hyperextension typically occurs during clinical maneuvers (dental work, oral surgery, intubation), guidelines for TMD prevention for practitioners who perform these maneuvers can be formulated.

What are Risk Factors for TMD development Caused by Jaw Hyperextension?

Factors that may increase the risk of developing a TMD disorder include:

The most important measure for practitioners is to take a focused jaw pain patient history; note any of the known risk factors for TMD development.

After taking a clinical history, patients should be educated to contact the office if there is any sign of lingering jaw pain (more than 3-5 days). Special care and more detailed education should be given to patients with any of the above risk factors in their history. If there is lingering jaw pain or muscle spasm, patients can be directed to use a multimodal treatment strategy aimed at preventing TMD development (outlined below).

What is the Treatment for Intrinsic Jaw Injuries?

The goal of intrinsic jaw injury treatment is to mitigate the factors that contribute to central sensitization. These include peripheral sensitization, masticatory muscle guarding, and pain amplification due to negative psychological states (anxiety, depression, catastrophizing).

Since there are multiple targets that may help prevent chronic disorders, each case is individually assessed.

A multimodal approach to jaw therapy can include:

The most common clinical scenario for these injuries are oral surgeries, dental procedures, and intubation for general anesthesia, although the simple act of yawning wide can also cause an intrinsic TMJ injury.

Once this occurs, the hallmark signs of chronic joint or soft tissue pain develop; or additionally, hyperalgesia, allodynia, and secondary hyperalgesia.

A multimodal conservative approach has the best chance of accomplishing this goal. Because it’s impossible to tell who might develop an intrinsic injury, universal education regarding the potential for sustained jaw pain should be adopted, with special attention given to patients who are at high risk of developing TMDs. 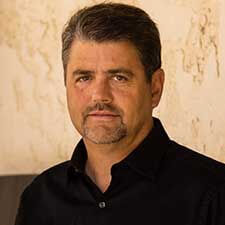 Dr. Brad Eli, DMD, MS is a graduate of UCLA’s post-doctoral Orofacial Pain program. The field of orofacial pain, temporomandibular disorders, and treatment of sleep disorders became the 12th specialty of dentistry in 2020. Over the past 29 years of clinical practice specializing in orofacial pain and sleep, Dr. Eli has also been on the educational staff at university hospitals, pain centers, and the clinical staff of Southern California hospitals.

Bradley A. Eli, DMD, MS: Orofacial Pain Specialist and Sleep Disordered Breathing Expert Dr. Brad Eli is nationally recognized by colleagues in both medicine and dentistry as a leader in pain management and the treatment of sleep disordered breathing. He is one of an elite group of board-certified Orofacial Pain Specialists in the nation with the advanced training and experience to diagnose and manage complex orofacial pain conditions. In over 25 years of dedication to the advancement of orofacial pain medicine, Dr. Eli has helped thousands of patients find pain relief and manage their chronic pain conditions. His patient-centered method matches each patient with the best treatment for their symptoms and lifestyle. He advances the field of orofacial pain medicine by developing treatment protocols and specialized products that improve care and provide better outcomes for patients with life-changing orofacial pain disorders and conditions. He actively collaborates with peers across the profession and has been a contributing author to the Journal of the American Dental Association, Pain Medicine and Management, Oral Health Journal, and Dental Economics. He has provided educational courses, webinars, and other orofacial pain and obstructive sleep apnea instruction to dental associations, study clubs, and medical groups.

View all of Bradley Eli's posts.